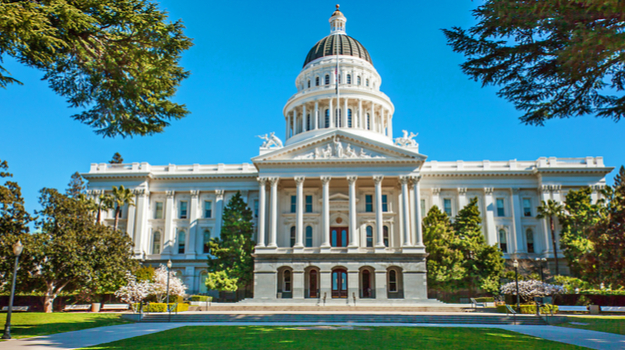 The life sciences industry is incredibly important to the financial ecosystem of the Golden State. Last year the industry generated total annual revenue of $177.1 billion in the state.

Support for the state’s life sciences industry in the halls of power of Sacramento is crucial to the continued growth of the industry in the state. Because of the importance of that support, each year the California Life Sciences Association (CLSA), the trade association representing California’s life sciences industry, selects three members of the state legislature to honor as Life Sciences Champions. This year the trade organization named Sen. Jeff Stone, Assemblyman Adam Gray and Assemblyman Chad Mayes. Each of the state lawmakers was honored for advancing policies that increase patient access and affordability, and boost R&D in biotechnology, biomedical science, pharmaceutical and medical device innovation in California during the past year.

CLSA President and Chief Executive Officer Mike Guerra said the three legislators have demonstrated a commitment to championing policies that spur innovative activity in the life sciences sector. By implementing these policies, Guerra said it will help lead to a healthier population around the state and the world.

Oliver Rocroi, CLSA’s vice president of state government relations, said the trade group has been giving the award out to state legislators for several years. He said the award is not always tied to whether or not the lawmaker has pushed a specific policy platform. Sometimes, he said the legislator has a personal success story in the biotech industry or is a champion for patient access.

In an interview with BioSpace, Rocroi said Gray earned the award for his support of attempts to gain Medi-Cal coverage for continuous glucose monitors. Gray has put forth his bill three years in a row to benefit patient access to CGMs, Rocroi said. Gray’s bill, which was vetoed by former Gov. Jerry Brown, would provide Medi-Cal diabetes patients with the CGMs to keep constant track of their blood glucose levels and improve their diabetes care. The CGMs provide increased quality of life for patients. The devices are covered by private insurers, but not Medi-Cal, Rocroi said.

Sen. Stone received the award for his legislation that dealt with hospital pharmacies in the state. The legislation, California Senate Bill 1254, requires a pharmacist at a hospital pharmacy to obtain an accurate medication profile or list for each high-risk patient upon admission of the patient under specified circumstances. The legislation was signed into state law in September. The impetus of the legislation was the abuse of opioid drugs that is rampant in California, as well as across the United States. Because of the timeliness and impact of the legislation, Rocroi said CLSA felt it was important to recognize Stone’s efforts.

The third recipient of the Champion Award is Mayes, the incoming chairman of the Assembly’s healthcare committee. Rocroi said Mayes has always been an advocate for market-based solutions to access. Mayes has been a “great example of smart policy making” as state legislators and life science players move into conversations around value-based care.

As the new legislative session gets underway in Sacramento, Rocroi said there are several issues lawmakers could address that could impact the state’s life science industry. He said CLSA and its partners want to ensure that tax incentives remain in place to help recruit businesses, addressing issues of affordable housing and transportation, as well as affordable utilities. Another issue CLSA will support our initiatives to ensure California students who major in the sciences will be able to find jobs in the state.

“Those guys are up here all the time, which is why we have to do a good job in keeping California a good place for life science companies,” Rocroi said.