Medicine has made gigantic strides in understanding and treating the human immunodeficiency virus (HIV) since its emergence in the early 1980s. Thanks to robust drug discovery efforts, today HIV is managed as a chronic disease instead of the death sentence of year’s past.

The secret to HIV’s infectious success lies in its high mutation rate. Developing drug resistance over time is the name of the game as viral proteins change just enough to escape detection, keeping researchers on their toes. In this issue, we’ll examine the drug industry’s persistence to stay ahead of HIV.

HIV causes acquired immunodeficiency syndrome (AIDS) because it infects and disables T-cells, a critical type of white blood cell. This incredibly destructive power is carried out by just a handful of proteins and a lipid envelope encapsulating the RNA-based genetic material. 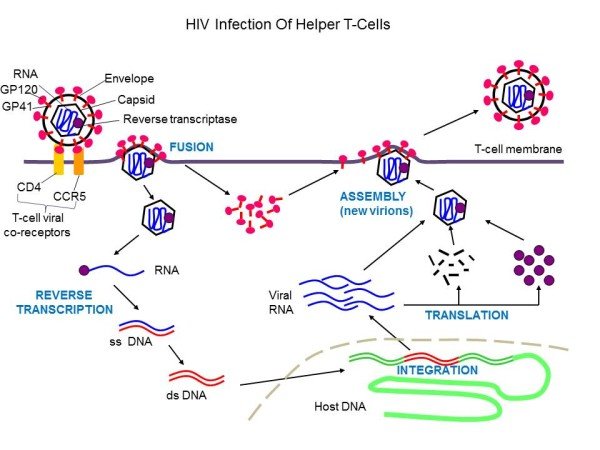 First introduced in the late 1980s, HIV drugs have been developed on scientists’ understanding of the viral life cycle. By deciphering key steps in viral infection and replication, researchers have been able to come up with drugs to stop the virus. Most HIV patients take a combination of drugs to control infection. 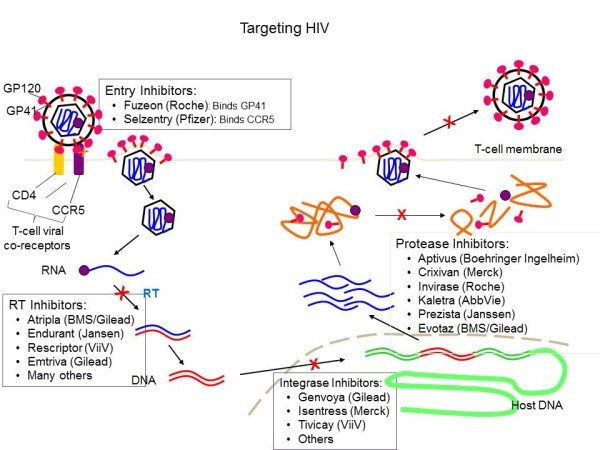